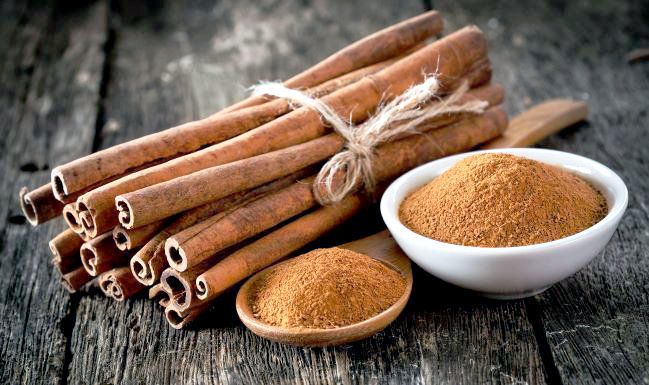 Most people probably have cinnamon in their cabinet or on their spice rack. They may use it for baking or to sprinkle on top of things like toast or oatmeal for a little extra flavor. What they may not be aware of are the health benefits that come with so common a spice. Cinnamon touts many health benefits on top of being delicious and smelling wonderful. If I could list some of my favorite breakfast foods they would be cinnamon toast, Cascadian Farms Cinnamon Crunch cereal, cinnamon rolls, and Kashi Cinnamon Harvest cereal. Notice a theme there? I like cinnamon. Even my favorite coffees are pumpkin spice (which includes cinnamon) and cinnamon bun.

Cinnamon is a very nutrient dense spice. A mere 2 teaspoons of cinnamon touts 45.5% of the daily allowance for manganese, 11% for fiber, and 5.2% for calcium and only has 12 calories. The vitamin and supplement manufacturers know that there is a benefit since you can choose to take cinnamon in supplement form. Now, as convenient as this seems, the health benefits are better if you choose to get your nutrients from food as opposed to a supplement. Food is meant to be enjoyed and appeal to multiple senses.

Not only can cinnamon spice up your senses and your food, but can benefit your health as well. No excuse. Cinnamon is a tasty way to boost your health.