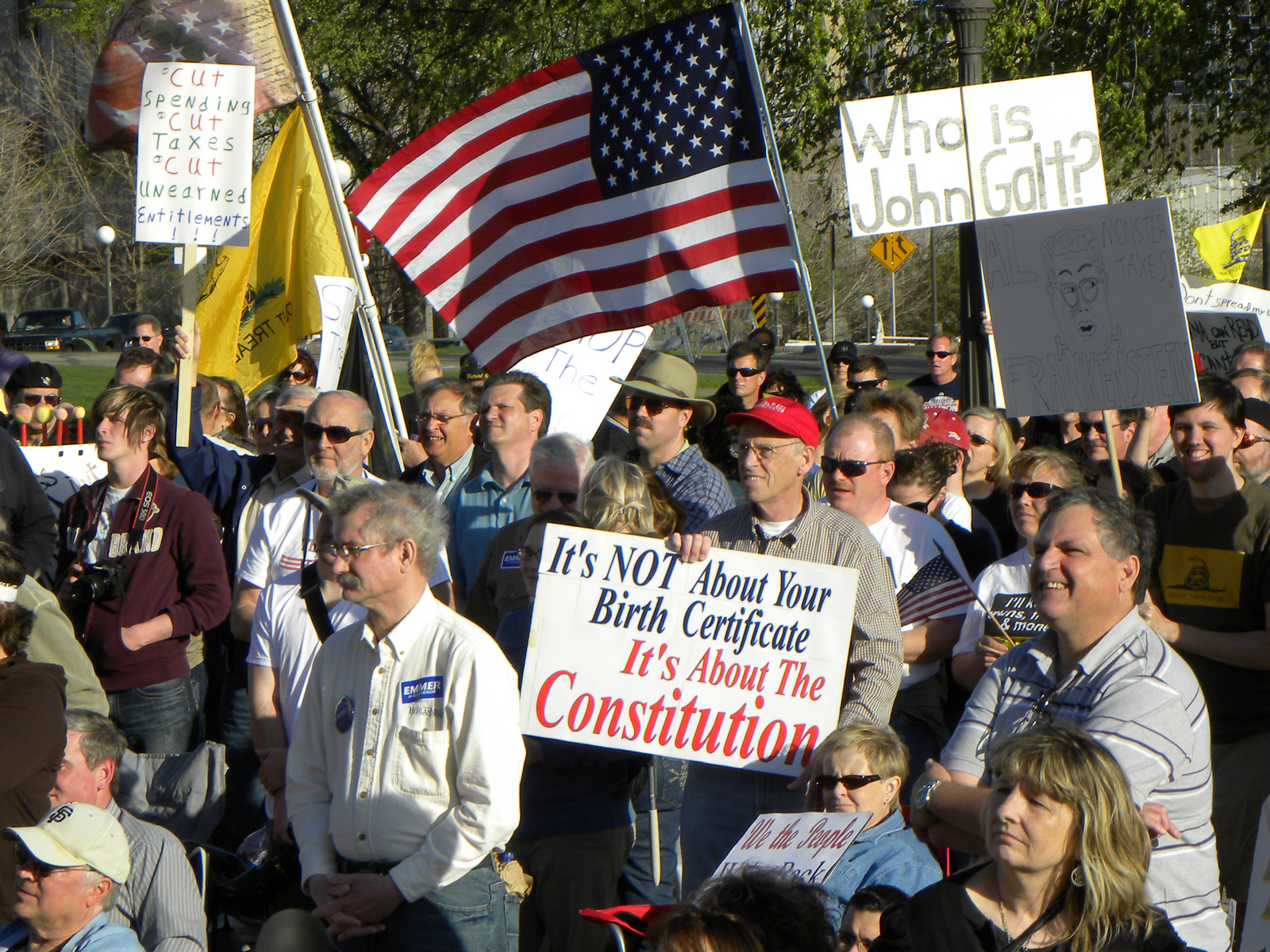 April 15 was tax day, and disliked by numerous citizens across the country. This year numerous small towns as well as major metropolitan areas prepared for a larger turnout of protests. " The Tea Party movement grows with each passing day, as President Obama and Congressional Democrats refuse to listen to the America people," RNC Director of Media Affairs LeRoy Coleman stated. So is this a protest against taxes or an expression of Constitutional rights to assemble and state grievances about all policies?

In the 60’s baby boomers protested the war daily. Graphic pictures and footage were on the front page of every newspaper and TV channel. Today we see a minute clip followed by flippant comments about angry protesters, and the need for enhanced police protection both federal and local. Why does the media not cover this protest with any depth? Costs to the community seem to be the headline, not why the protesters are making signs and walking the sidewalks.

Are Constitutional Rights to Assemble Working?

As one view the signs, one hears conversations about the new policies and their affect on their families. You will hear the fear of the future for their children and grandchildren, loss of jobs both locally and nationally, and general frustration—but not anger. Where is this story? Little children carry signs, teenagers, the elderly, blue-collar workers, business owners, college students all peacefully making their fears public. Where are the interviews, the back-story about the issues instead of costs? Why are these people described in the national media as "wackos and fanatics" instead of people exercising their Constitutional rights to assemble and object to government policies that affect them?

So are these peacefully demonstrations, just not news worthy or has the public become so capricious that they tune out anything that doesn’t demonstrate bad behavior, violence or death? Let’s face it; the way information is disseminated today is much different from the 60s. With 24-hour news cycles instead of the evening news or a newspaper, we pick up a blackberry or flip on a computer. Check out the headlines, and the main photo – See if they are positive or negative?

How to Exercise Constitutional Rights

Maybe it’s time to go back to leading with the positive in local communities versus the negative. Start listening to neighbors, listen to the local news instead of the national. Write an article for the local paper about current views. Insist state Representatives and Senators listen to the community. Exercise the right of free speech, and the right to assemble in groups. Make the local and national news media report the news and call or email them if don't.

Finding appropriate numbers is easier now with the internet. Hit the search engines and type in the call letters with a .com or .net ending and see the links and addresses. Type in the state Senator or Representative's name and click over to their website. Go there, and send them an email from that link. Get on their newsletter if they have one. Stay up to date, express your opinions and most of all – vote. Watch only the channels that express both sides of the story and let them know why.

The Constitution gave us all individual rights that should not be forgotten. Discover our American heritage and read the Constitution. Find ways to inform elected officials via email, snail mail, word of mouth or community meetings. The future is in our hands today.