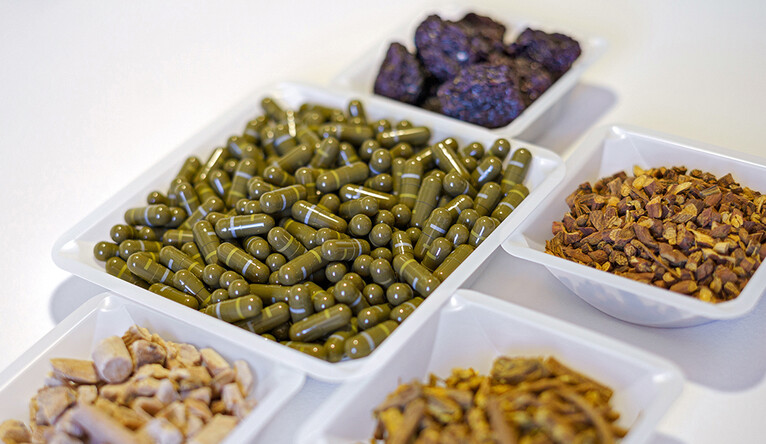 If you have read any of my previous articles on the subject, you probably know how I feel about alternative medicine. I think that some of it is helpful when combined with conventional therapy, but a lot of it is nonsense. Be particularly cautious if they say that a certain natural remedy "clears toxins out of you body."

The foot pads that turn dark are supposed to do just that, but it's just the chemicals in the pads reacting with your foot perspiration. The only way to get toxins out of your body is by dialysis and a process called chelation, which requires hospitalization. Period. The purveyors of the "cleansing" remedies are preying on our fear that we live in a polluted world. That's true, but there's really no way to clear toxins out of your body by swallowing a pill or getting an adjustment from a chiropractor.

There are only 9 natural remedies that have been tested by the National Institutes of Health and found effective.

When people become seriously ill, they will do anything to improve their quality of life and ease the pain. Even if natural remedies are proven to be harmful, they should still be allowed to try them. Look how dangerous radiation and chemotherapy are. They should also have access to marijuana for medicinal purposes. Marijuana has been shown to ease pain and reduce nausea from chemotherapy.

Now, according to Medical News Today, an ancient Chinese remedy that is 1800-years-old has been shown to be an effective adjunct to chemotherapy. "A new study led by Yale University in the US found that an ancient four-herb Chinese herbal remedy first described 1,800 years ago reduced gastrointestinal toxicity and boosted the anti-tumor effect of the chemotherapy drug CPT-11 (irinotecan) in mice with colon cancer."

The blend of four herbs was used in China to treat nausea, gastrointestinal distress, and diarrhea 1800 years ago. Some doctors are optimistic that the herbs will be important in fighting cancer, while others urge caution and further study.

Since the formula has not been shown to have any serious side effects, I think that it should be made available to all who need it. There are many other Chinese herbal medicines that are being investigated by American doctors, including treatment for diabetes and cancer. After all, most pharmaceuticals have a plant base. One researcher said that if we could identify every plant in the rain forest, we would have a drug to treat practically every disease.